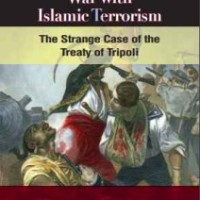 President Obama claimed in his visit to a mosque that Islam is “woven into the fabric” of the United States since our nation’s founding and is a religion of peace.

President Obama went on to say that “Jefferson and John Adams had their own copies of the Koran” and that “Benjamin Franklin wrote that even if the Mufti of Constantinople were to send a missionary to preach to us, he would find a pulpit at his service.”

Franklin was referring in his Autobiography to a building that had been erected so that anyone of any view could use it. He was not proposing that Christian pulpits would be open to a Muslim Mufti. What Franklin describes is similar to what the Bible describes in Acts 17:16-34, the Areopagus in Athens where “all the Athenians and the strangers visiting there used to spend their time in nothing other than telling or…

View all posts by Gary DeMar →

Ted Cruz Has No Style And No Personality. Thatâ€™s Why Itâ€™s A Good Sign Heâ€™s Winning.
I will not allow my daughter to be a victim of gender equality