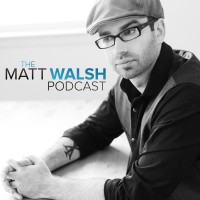 As you probably heard, Ted Cruz won the Iowa caucus in dominating fashion last night. He outperformed his polls by 5 points, outdid Trump by 4, and earned more Iowa caucus votes than any Republican in history. Trump, meanwhile, almost came in third due to an impressive surge from Rubio. If Carson, who sucked 9 percent of the social conservative vote from Rubio and Cruz, has dropped out before Iowa, Trump would have landed in a distant third.

As you can imagine, I’m pretty ecstatic. It’s still early, but the great “winner” was given a chance to prove he can win, and he lost. And I couldn’t be more delighted about that.

But there’s another reason why the Cruz victory, and his success in the polls leading up to last night, brings me hope. People say Ted Cruz is awkward, boring, weird looking, and lacks any semblance of…

You've Got to See these Newly Minted Coins!

The World Passport is Valid!
The Truth About Obamaâ€™s Claim that Islam Has Always Been Part of America